The British Are Back! August Meeting Preview

With 150 cars and drivers competing at the twisty course at Wiltshire’s famous Speed Hill Climb Venue, it will be a spectacular weekend. There will be a huge variety of cars, everything from standard road cars, specially prepared hill climb cars and spectacularly fast sport and single seat racing cars. 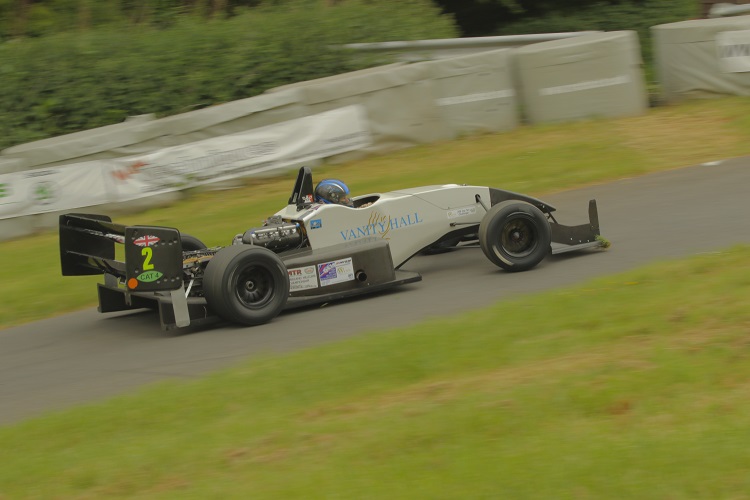 Saturday is practice day. Each competitor gets three opportunities to take to the hill. We start around 09:00 with two runs each before lunch. Then a restart around 13:00 for one further practice. Practice day usually finishes around 15:00. 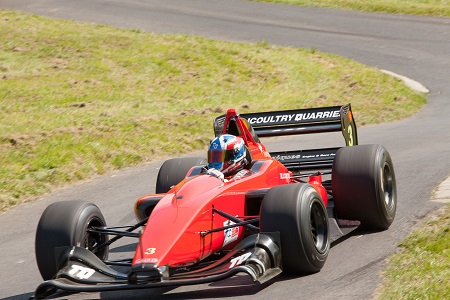 The Championship could be won at Gurston Down!

The current championship leader, Wallace Menzies in the Gould GR59 could secure the championship after the first runoff. He has to win the Run-off and the second place man, Alex Summers finishes below fourth.If this doesn’t happen Wallace has to score 15 points in total over the weekend and he will be champion!

The Avon Tyres / Wynn Developments Hill Climb Leaders Championship is slightly different and doesn’t have a run-off. Each timed run is treated as a separate event, so competitors will score in two rounds on Sunday.

The BARC South West B Licence Class will run first. The class has a huge variety of cars and drivers who hold MSA Speed B Licences. Look out for Nigel Holt in his new Caterham 310R, Mark Everett in the TVR Griffith 500, Alex England is the Ford Fiesta and Steve Cox in his Porsche Boxster. But on current form it’ll will probably be Martin Watson and his Westfield SeiW for the win. 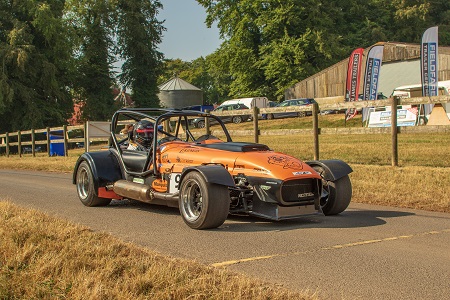 The class has a good entry with six drivers in five cars. Dean Cubitt in the Mazda MX5 starts favourite. It will be interesting to see how Shaun Fudge in a Mazda MX5 gets on. He won’t be the only one with a new car, Paul Levitt is sharing an MX5 with Ronald King. You mustn’t forget John Davey in the Midget. 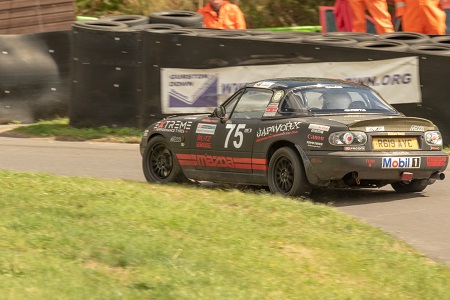 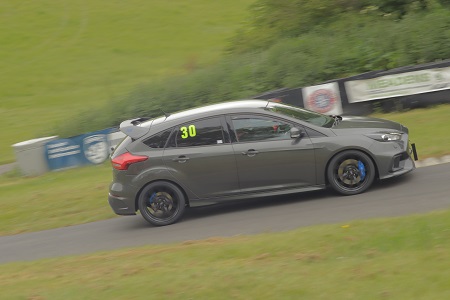 Adrian Lewis brings the super fast Westfield Superbusa and shouldn’t be too troubled by the rest of the class. But you never know! 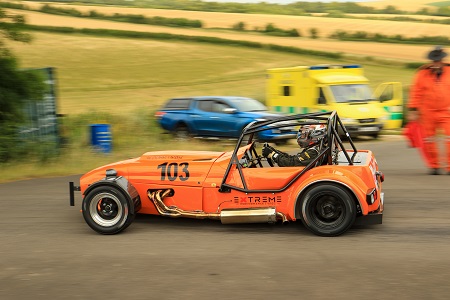 This class might hold a few surprises. Neil Turner’s super fast Mini is the class record holder should be able to hold off the rest of the field in this class. But he’s got James White in his Mini and the forced induction Hillman Imp of Eric Morrey to content with. 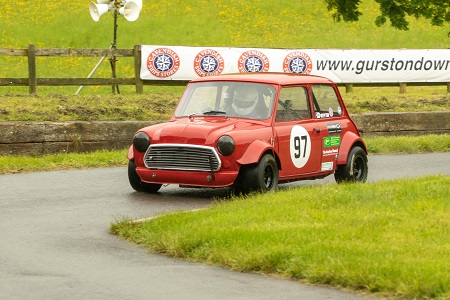 There are two drivers, Colin Satchell and Paul Drowne who share the very quick Peugeot 205. They are driving the car to beat. Simon Purcell in the Lotus Exige and the rest of the entrants will have his work cut out to catch these two. 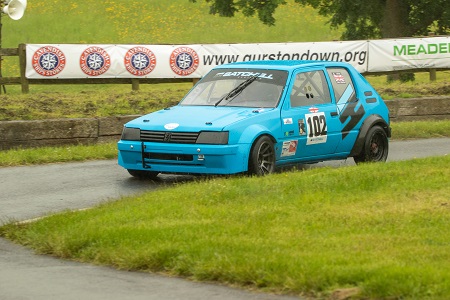 This will be a tough class, not only does it have a big entry but it has some quick and beautifully presented cars. Stephen Moore in his Mitsubishi Evo should take this class. But it will be much more difficult to predict second place. All of the car and driver combinations have the experience to take second. Will it be the lovely Aston Martin Vantage GT4 of Tim Painter and Andy Fraser or Mark Walker in the Porsche or Geoff Twemlow in the Subaru Impreza. 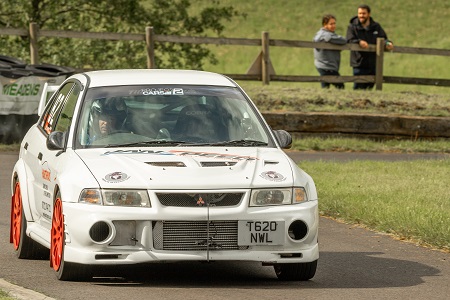 Steve Holland in his Caterham Hayabusa and Simon Jenks and his Caterham Supersport will probably be the top two in this class. But the class is always really competitive so it could be any of the drivers taking the win. 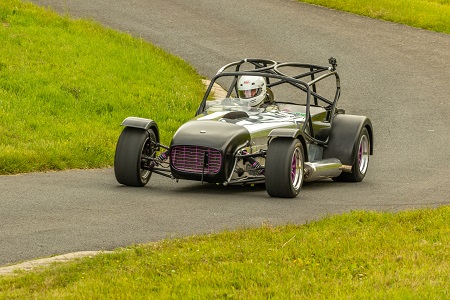 There’s another big entry in this class. It will be interesting to see how Tony Adams in his recently acquired Radical SR3 RS fares against Pete Steele in his Radical SR1. Look out for the lovely Norma M20FC of Duncan Barnes. Duncan is sharing the car with Tom New. But they will all be chasing Tim Pitfield in the DJ Firecat who is in sparkling form! 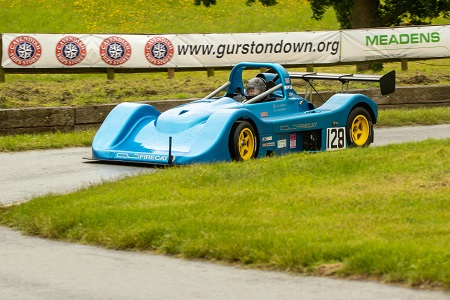 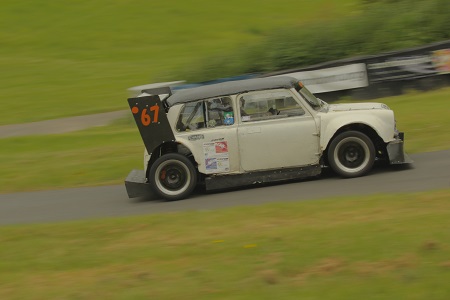 The ever popular 1100cc racing car class has another huge entry. The current class record holder Robert Kenrick in the GWR Raptor 2 has to be the man to beat. Robert reset the long standing class record in May, will he improve that again in August. There are so many other drivers in the class who will be looking for Leaders championship points and the change to qualify for the British Hill Climb Championship run-off. Look out for the Greenen brothers, Andy and Adam or perhaps Darren Gumbley, Harry Pick or Stephen Owen. The class will be settled by hundredths of a second and there might be some who will make the cut for the Top Twelve Run-Off too! 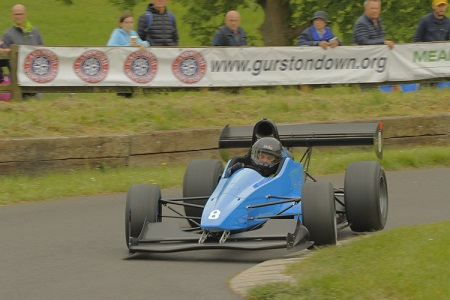 Sam Lister is the only entrant in the class in her Van Diemen RF92. 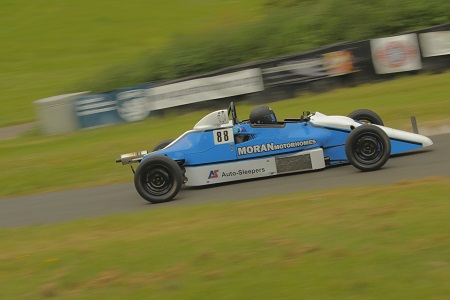 This could be an interesting class. Olivia Cooper in the Force TA she shares with her husband Liam is having a great year, so you’ll need to look out for her. Eynon Price is also having a good year in his Force TA. Allan and David Warburton in their Gould GR59 and all the other drivers will all be chasing run-off plcaes. 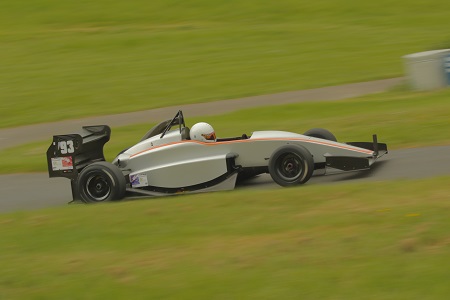 Tim Elmer and his Dallara, Andy Bougourd in his Force PT and the GWR Pediaor driven by Johnathen Varley will probably be the top three in this class. It will be interesting to see how the Reynard TKD YV8 shared by Terry and Tricia Davis fares against the others in this class. 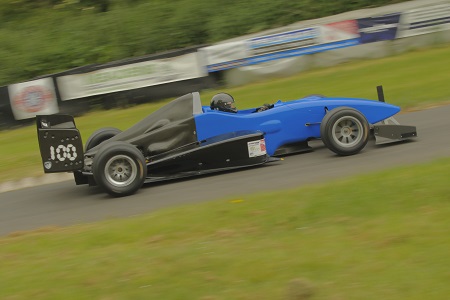 Richard Spedding is having a great season in the British Hill Climb Championship so far in his GWR Raptor. Paul Haines in the Gould GR59 has had some great times at Gurston ealier in the season so it will probably be between these two for the win. But you can’t actually discount anyone in this class. All of the class is registered for the British Hill Climb Championship so they will all be looking for places in the run-off. 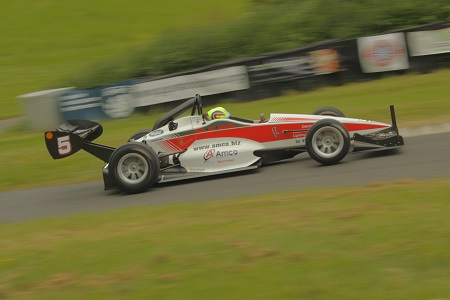 The class brings the fastest cars and drivers to the hill. With Gurston Down being a power hill, the fastest time of the day is likely to be a driver in this class. The British Championship has just a few rounds to go and is very much in progress and undecided. Wallace Menzies in the Gould GR59 currently leads the championship and will be looking for more points to consolidate his lead. Alex Summers is sharing the DJ Firestorm with Debbie Dunbar this season and she is having a great season too. As is Nicola Menzies in another Gould, this time a GR55. The ladies record might be under threat! 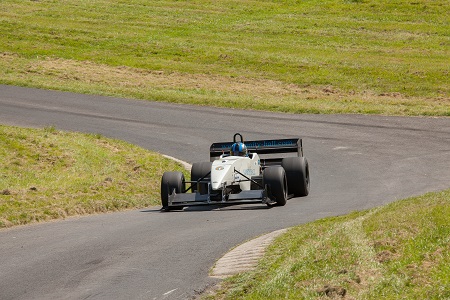 You can’t ignore another Gould, the Judd engined, factory GR59J DB4, driven by Sean Gould nor Will Hall in the Force WH-XTEC and Trevor Willis, the current champion, in his OMS 28. They will all be looking to qualify for Top Twelve Run Off places too. 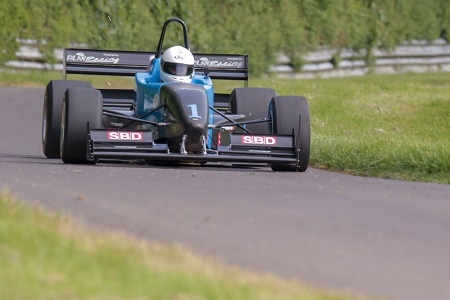 This class is full of beautiful classic racing and sports cars, the Chevron B19 of Amanda and Richard George, Mike Broome and his Alexis Mk17 F3 and the Brabham BT35 of Christopher Bentley-Jones. The class win is likely to come from the George camp or Mike Broome but we are all winners watching these gorgeous cars compete. 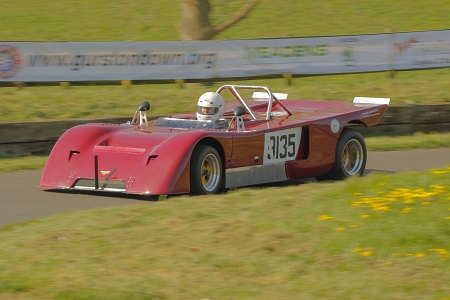 Roger Deans in his Lola T142 has Fyrth Crosse in the Dempster Ensign LNF3 are the only two entrants in this class. Both of these cars are beautiful. The class winner, too difficult to call, the power of the Lola against the lightness of the Ensign! 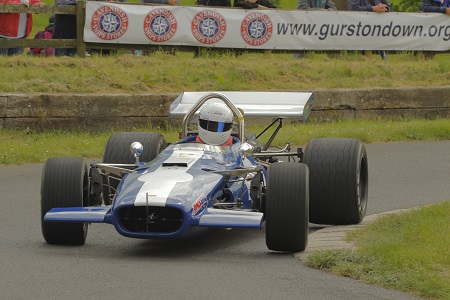 There is a quite a strong entry in this class. Chris Berrisford in the Subaru Impreza is the likely winner. He has Gurston experience and a very quick car. 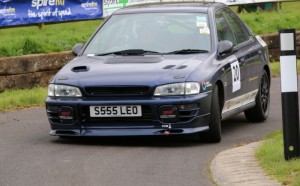 The Mazda MX5 class has a small entry, just three cars and four drivers. The Mazda shared by father and son, Alan and Nicholas Mugglestone is quick. They both have plentry of experience too.

There are just two entrants, in just one car. The Westfield is shared by Simon Price and Paul Evans.

There are five entrants in four cars. The Ford Puma of Richard Worth and the Renault Clio of Robin Lee and Geoff Lancaster should be in with a great chance of beating the BMW E30 of James Rushworth. But they will have to drive well.

There is just one entry, Paul Batey in a Rawlison S-F Stiletto.

With four entrants in three cars in this class. There are two Formula Ford cars and one Jedi Mk2. Can the 919cc Jedi overcome the Van Diemen RF84 of Laurance Marks and the Royale RP24 shared by Nick Alnold and Graham Cheery?

This class should be interesting this year. Last year there was an all 911 GT3 line-up. This year we have three 911 and two Caymans. Look out for Robert Lancaster-Gaye in his 911 GT3, he has Gurston experience which should help him. But he’ll have to look out for Duncan Andrews in the Cayman and David Dyson in his 911. 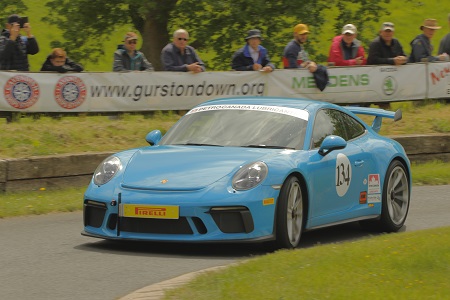 Class 1 has the super fast 911 RSR with Paul Howells at the wheel. It will be interesting whether the 911 GT3 of Peter Turnbull can overcome the RSR. 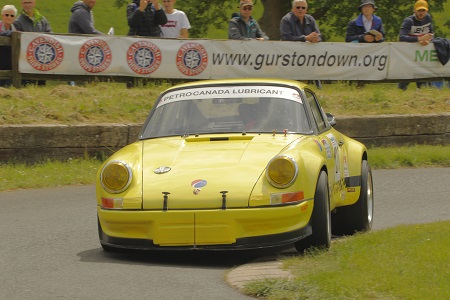 We will also have two Top Twelve Run-offs these will at the end of each timed run.