The final two meetings of 2019 of the motorbikes from the Autocycle Union’s (ACU) Motorbikes and Combinations, National Hill Climb Championship ended on a high. There were some great performances! 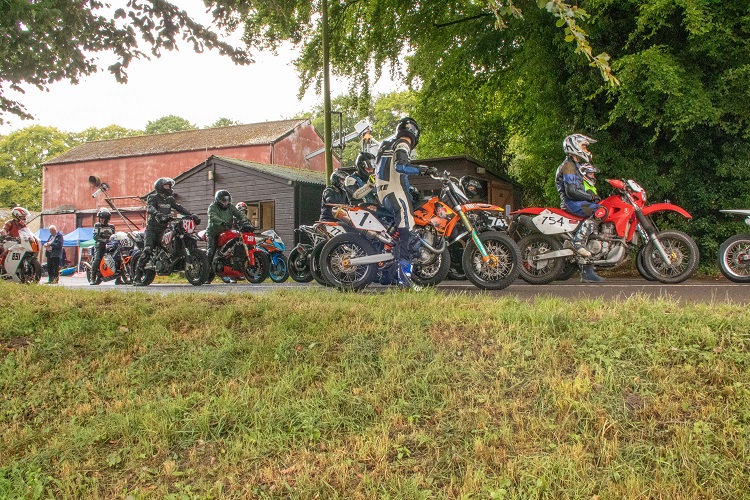 Saturday’s over night ran brought a rather slippery track for first practice runs. Not that this ever deters the riders and pillions in the ACU’s Hill Climb Championship. By the time it was competition runs, the track had dried. This produced some great performances. Ben Watkins has held the solo motorbike record since 2012 it stands at 31.85s. 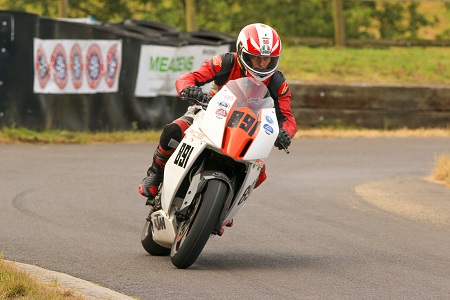 Sunday saw Tom Short on his KTM SMR take FTD with a 32.39s run in the Top Ten Run-off. It’s a very long time since we’ve seen performances this close to the record. 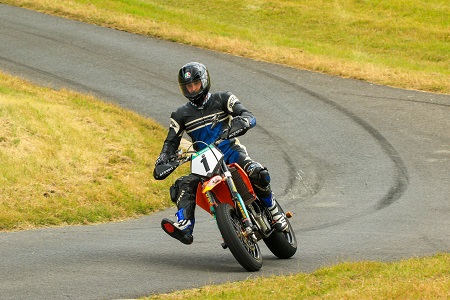 The Full Class Results are:

Pauline Ford was the only rider on her Honda CBF in this class. Her best time was on Sunday were she finished on 50.49s.

On Sunday the positions were reversed. Allan Harvey took the win with a 37.51s pipping Richard Peaty by just 0.05s. 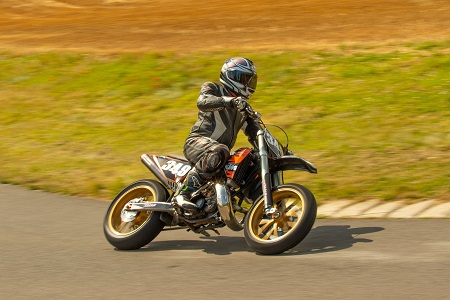 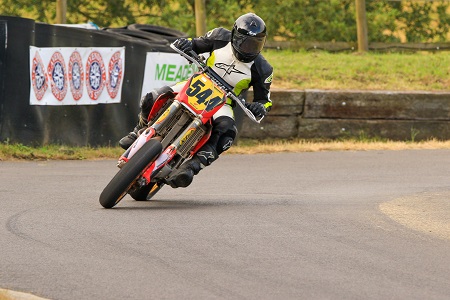 On Sunday the top two positions were swapped. Callum went quicker and finished on 34.89s with Chris on 35.10s. Both great improvements. Mark Short repeated his third place and ended quicker on 35.83s. 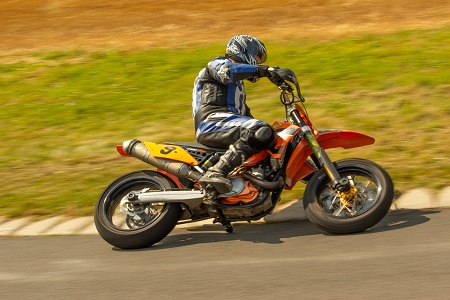 There was a great entry on both days in this class. On Saturday, Tom Short on the KTM SMR was the man to beat in this class, after a great performance on Saturday with a 33.33s, 0.70s ahead of Tommy Hodges on the Team GV KTM. Sunday, Tom was on it again. His first timed run was another great performance and faster, 32.88s. Tommy took second with 33.64s. 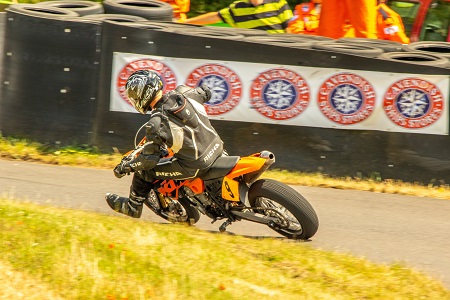 Paul Jeffery on the KTM RC8R was on sparkling form all weekend. Not only did he win the class both days but his second timed run on Saturday gave him the Fastest Bike of the Day with a 32.88s run. Paul also won on Sunday with a 32.70s. Stu Mills on the Aprilia was second on both days, finishing on 33.73s and 33.34s. Simon Gates on the Kawasaki ZX10R was third, 34.55s on Saturday and 33.63s on Sunday. 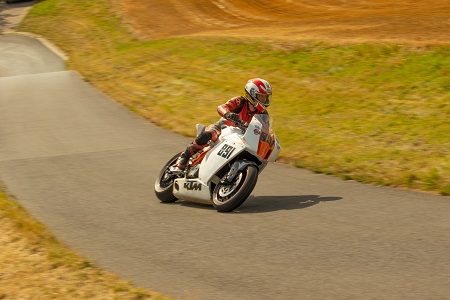 Then it was ther turn of the combinations! There were four entered both days. Patrick and Paul Keates on the Baker F1 took the wins both days. Their times were 36.78s and 37.19s on Saturday and Sunday, respectively. 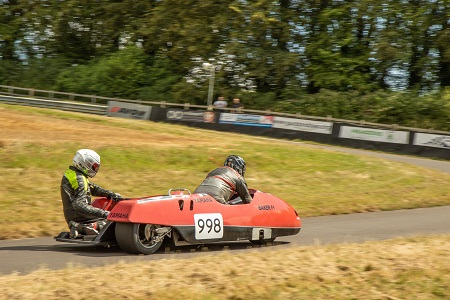 Due to an over run on Saturday we only had the Sunday Top Ten Run-off. Tom Short produced one of the fastest runs on a solo motorbike for many years. His 32.39s won him the Top Ten Run-off and the Fastest Time of the Day. Tommy Hodges was second and Paul Jeffery third. 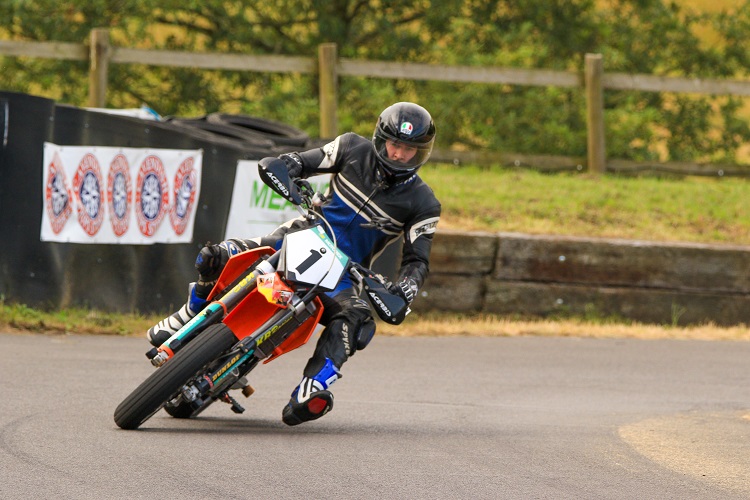